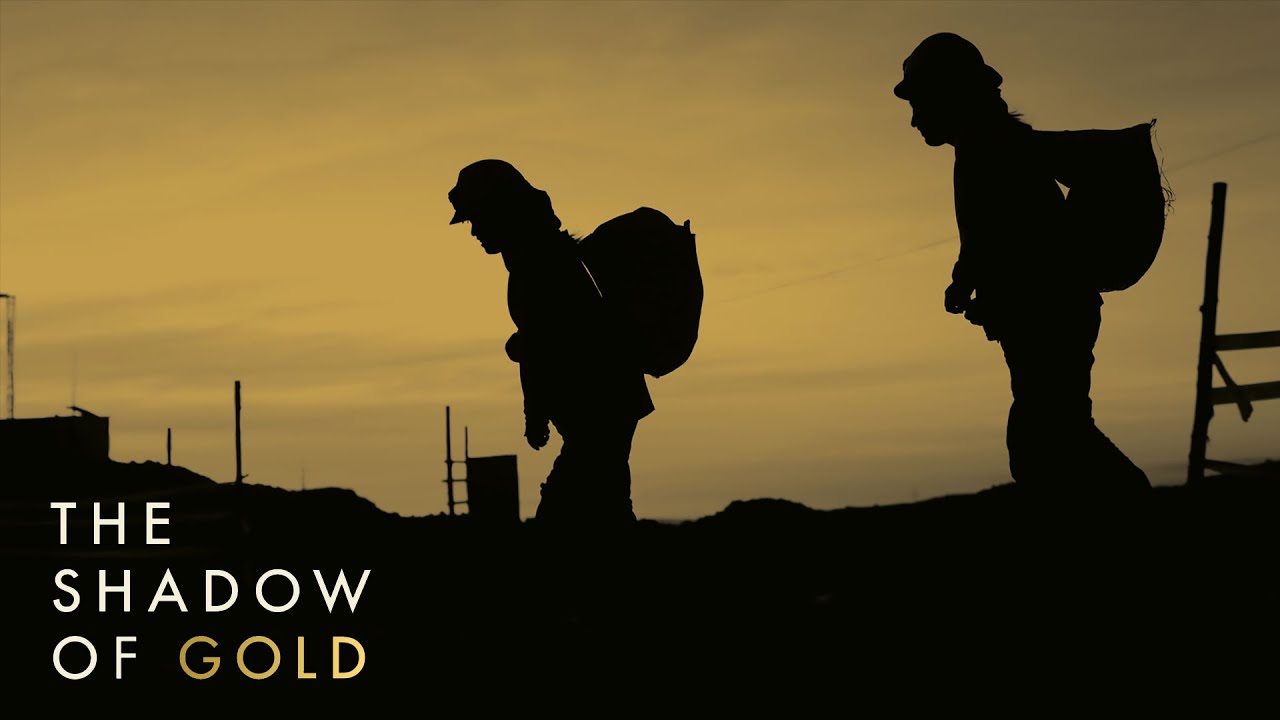 Do you know where the gold in your ring comes from?

The Shadow of Gold takes an unflinching look at how the world’s favourite heavy metal is extracted from the earth. The film explores both sides of the industry: the big-time mining companies that dig deep and lop off mountaintops to extract gold from low-grade ore, and the small-time miners – an estimated 20 million people in the world’s poorest nations – who extract gold by hand, often producing just enough to survive.

We meet back-country guides and entrepreneurs in Montana with deep suspicions about a proposed gold mine that could destroy their pristine wilderness, indigenous people in British Columbia struggling to recover from a spill of toxic mine waste, a woman miner in the Congo who is determined to keep her gold from feeding the flames of war, a brotherhood of Chinese miners, sick with silicosis, fighting a state-owned gold mine for compensation, and an artisanal miner in Peru who knows that the mercury he uses to process gold is toxic and polluting, but feels he has no other option.

And at the top of the supply chain – in London, Dubai and Toronto – we show how conflict gold reaches unaware consumers and how gold-mining corporations are allowed to damage ecosystems with impunity.

The film reveals that glittering gold has a dark shadow. But it doesn’t leave it there. We engage with engineers, scientists, and Fair-Trade advocates who work with miners to tackle gold’s worst environmental and social problems. In an industrial-scale mine, we see new technology that replaces cyanide-based processing with a biological process that leaves no toxic cyanide in the waste. We watch small-scale miners benefit from technology that replaces mercury with an environmentally friendly process that actually produces more gold. We meet Fair Trade jewellers who are committed to transparent supply chain initiatives that ensure consumers know exactly where their gold comes from.

In the end, The Shadow of Gold isn’t all about gold, or even its shadow. The film enters the lives and tells the moving stories of hard-working people who face danger just to go to work every day, in the hope of securing a better life for their families.