This page displays a sample chapter from the Educator’s Guide that is included in the Educational Edition of The Shadow of Gold. 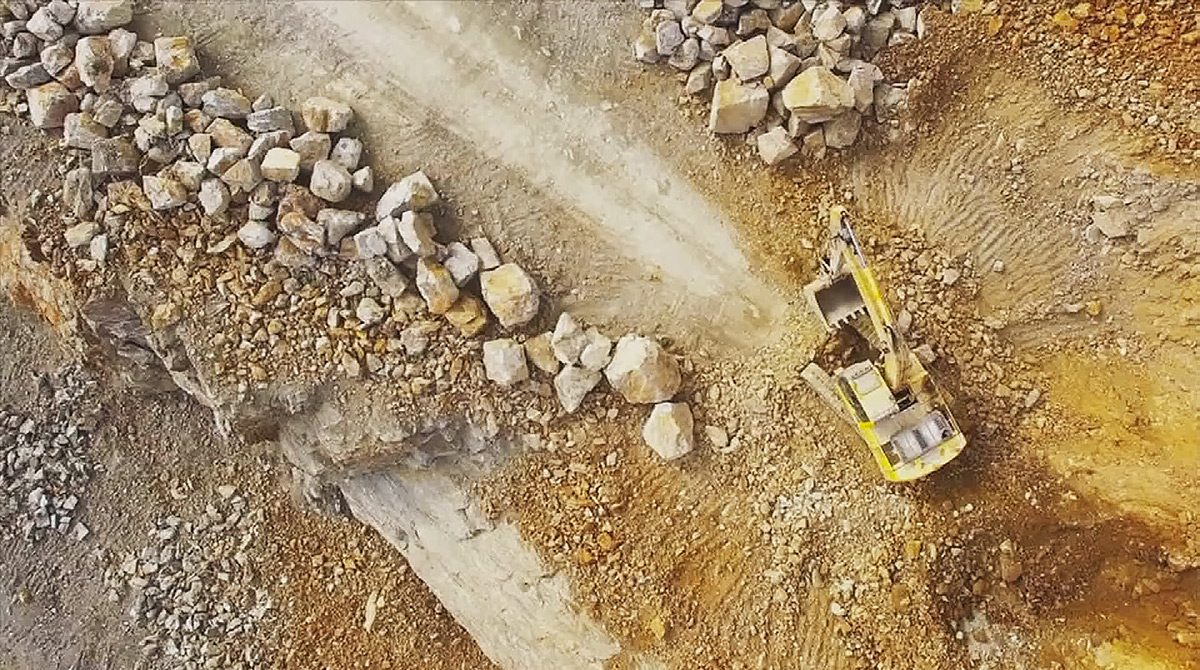 GOLD CONTINUES TO BE one of the main metals mined in Canada, which is headquarters to 50% of the world’s mining companies.

Canada is also a key source of financing for the global industry, helping to raise money for its projects.

While the mining sector accounts for about 20% of all Canadian exports, it represents only 3% of Canada’s GDP – and gold mining is a fraction of this. Despite this, the industry holds a lot of influence over all levels of government. Mining laws are often outdated and more about protecting mining rights and industry interests than the land and people.

MINING IS “ESSENTIAL” DURING A PANDEMIC

At the beginning of the COVID-19 pandemic in 2020, mining was deemed an essential service in Canada and other countries. Mining companies continued to operate as serious outbreaks hit mine sites in Canada and at Canadian-owned mines around the world, putting workers, communities and Indigenous Peoples at risk. 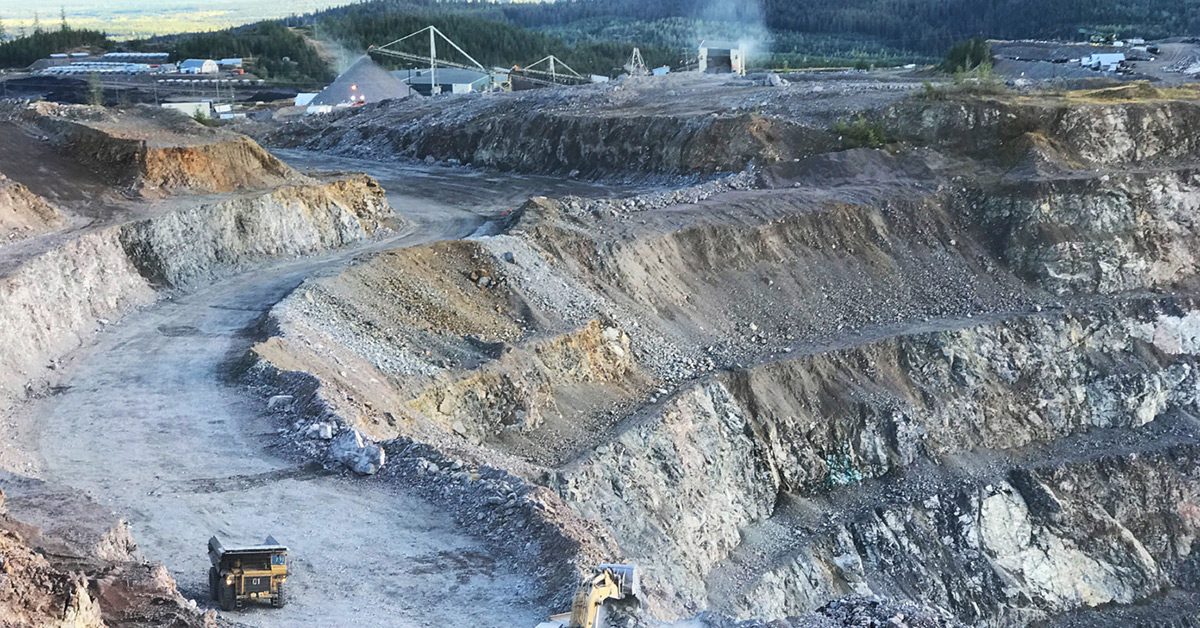 The largest mining disaster in Canada took place on August 14, 2014 when the tailings pond dam collapsed at Imperial Metals’ Mount Polley gold and copper mine in British Columbia. Millions of cubic metres of wastewater containing dangerous chemicals poured into local waterways. Years later, questions remain about the safety of the drinking water and the effects on vital salmon habitat.

Reports by the province’s chief inspector of mines found the collapse was caused by a poorly designed dam that didn’t properly account for drainage and erosion. A critical 2016 report by the

B.C. auditor general noted that the Mount Polley mine faced the same issues common to the sector: “too few resources, infrequent inspections, and lack of enforcement.”

As of 2020, there have been no fines, charges or sanctions against Imperial Metals as a result of the Mount Polley catastrophe.

Deadlines for filing charges by provincial and federal authorities have come and gone. Instead, Crown prosecutors have blocked private prosecutions of Imperial Metals by community stakeholders.

British Columbia is supposed to operate under ‘polluter-pay’ rules, yet won’t or can’t ensure companies pay for any clean up. With the threat of more spills growing, the public may once again be hit with disaster, along with the bill.

CANADIAN MINING COMPANIES ARE IN EVERY CONTINENT EXCEPT ANTARCTICA.

The Canadian mining industry has a reputation for being among the worst offenders of environmental and human rights abuses worldwide. Mining companies will operate in countries with a weak rule of law and little scrutiny, where corruption is widespread. They have faced allegations of negligence, bribery, theft, forced labour, violence and murder. People around the world are frequently criminalized, threatened, attacked, and even killed for defending their land, forest and water.

In 2019, the Canadian government finally responded to a decade of public pressure to control human rights and environmental abuses by Canadian companies operating internationally, and appointed an Ombudsperson for Responsible Enterprise. However, she does not have full powers to investigate so civil society organizations are continuing their campaign.

In February 2020, the Supreme Court ruled that a Canadian mining company could be held to account for human rights abuses committed abroad. The ruling resulted after three Eritrean refugees sued Vancouver-based Nevsun Resources for being forced to work at a mine jointly owned by the company and state. It remains to

be seen whether this ruling will open up a legal channel to hold Canadian companies accountable for what they do overseas.

Communities across Canada are affected by gold mining. Here are some facing issues with past, existing or proposed activities.

The Giant gold mine in Yellowknife started production in 1948. The ore was “roasted” to drive off the arsenic it contained, and the arsenic fell in rain and snow, including on the nearby Yellowknives Dene community of Dettah, causing the death of at least one child before filters were installed to capture the arsenic. 237,000 tonnes of arsenic trioxide were stored in underground chambers. If it escapes into nearby Great Slave Lake and the great Mackenzie River, it will kill all animal life. The federal government is spending approximately one billion dollars to freeze and stabilize the arsenic in place, but it will remain a threat – forever. It has been estimated that the mine’s total production was about one billion dollars in today’s money.

Imperial Metals’ Mount Polley copper-gold mine near Williams Lake was built in 1997. In 2014, its mine waste containment (“tailings pond”) collapsed, sending 24 million cubic metres of sludge into Hazeltine Creek and then into Quesnel Lake, which drains into the mighty Fraser River. Fortunately no-one was killed, but the disaster – Canada’s largest – exposed the dangers of huge mine waste sites and an inadequate regulatory system for all to see.

The proposed Ajax copper-gold mine project on the outskirts of Kamloops was subject to a detailed Indigenous environmental assessment led by the Stk’emlupsemc te Secwepemc Nation (SSN), which announced in March 2017 that it would not give its free, prior, and informed consent to the project based on its expected impacts. It also demanded that Jacko Lake and the Pípsell Cultural and Heritage Area be protected for the benefit of all Canadians and future generations. In August, 2017, the B.C. Environmental Assessment Office and the Canadian Environmental Assessment Agency also concluded that the project would have irreversible and significant adverse effects on SSN’s heritage and current use of the lands and resources. In an almost unheard-of decision, the provincial government rejected the project in December, 2017, and the federal government eventually followed in June, 2018.

The Red Chris copper-gold mine, near the Tahltan community of Iskut in northwest B.C., has a tailings dam 105 metres high (about the height of a 35-storey building), with a capacity of 305 million metres in the headwaters of the Stikine watershed. MiningWatch had challenged the mine’s environmental assessment  in  court after the project proposal was split into smaller pieces that would avoid a comprehensive study and exclude the public from the assessment process. In 2010 the Supreme Court of Canada decided

in MiningWatch’s favour, but allowed the mine to proceed regardless. Within months, the federal government amended the Canadian Environmental Assessment Act to bypass the judgment.

Goldcorp’s Campbell gold mine in Balmerton, near Red Lake, has left arsenic-laden tailings in the backyards of Balmerton, an arsenic plume steadily making its way to Red Lake, and 20,000 tons of arsenic trioxide stashed deep in the mine, which has mostly been removed. From 1949 through to 1960, tailings were discharged into Detta Lake and what is now a residential part of Balmerton, leaving it contaminated with arsenic.

The Malartic gold mine in north-central Quebec is Canada’s largest open-pit gold mine, and it is actually in the town of Malartic. Over two hundred households had to be relocated to make way for

the mine, and residents adjacent to the mine ended up suing the company over damages to their property and health from blasting and dust. They settled out of court in late 2019.

Atlantic Gold, which operates the Moose River or Touquoy gold mine near Halifax, is proposing small new mines near Touquoy (the Beaver Dam and Fifteen Mile Stream projects) as well as the large Cochrane Hill gold project in Guysborough County on the St. Mary’s River. This would be a large open pit gold mine less than a kilometre from the St. Mary’s River. The development footprint would also swallow

up the headwaters of McKeen Brook, critical spawning habitat for endangered wild Atlantic salmon. The mine is opposed by many residents who want to protect the river’s ecological, historical, recreational, educational, and economic value.

This map depicts the location of Canada’s principal producing mines for the given reference year. You can search for mines and filter results by commodity like “gold” and “precious metals,” as well as by province/territory, owners and more.

Visit the map at: atlas.gc.ca/mins/en/index.html 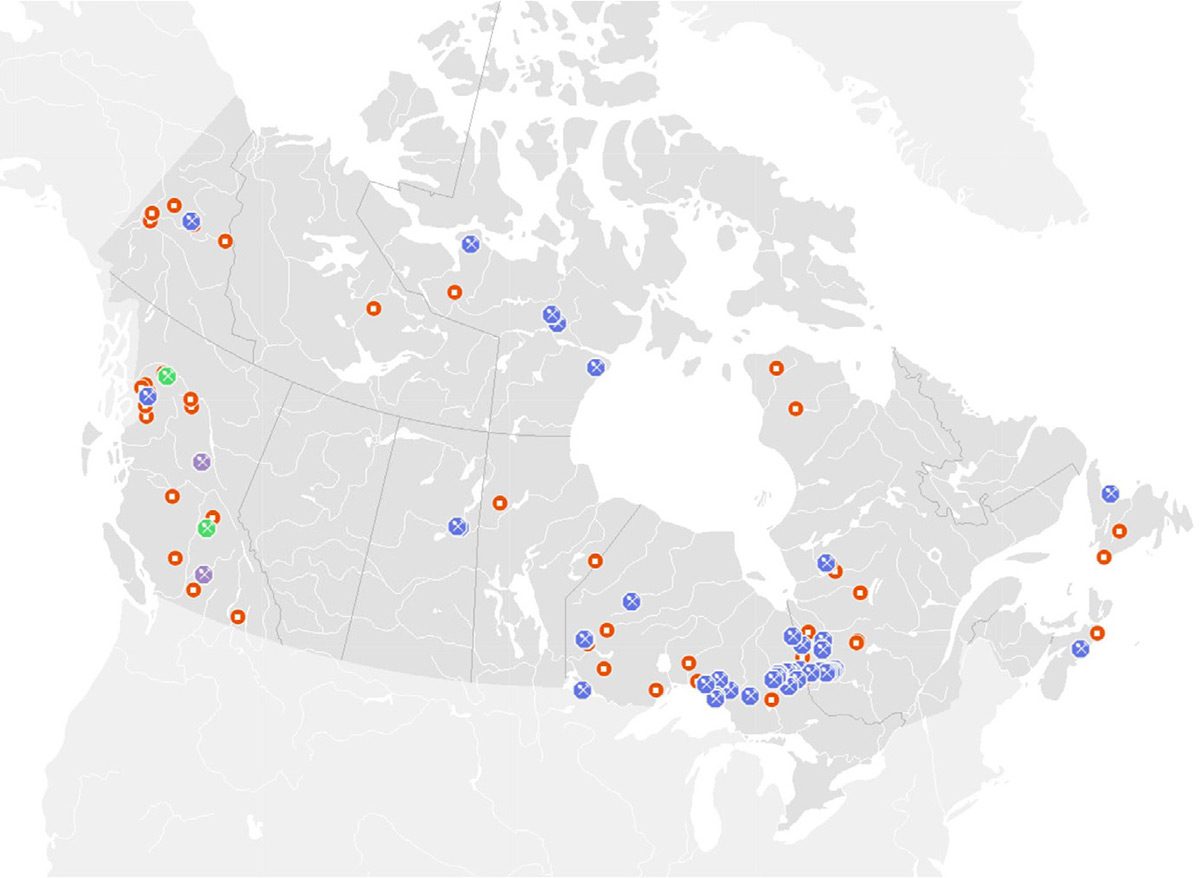 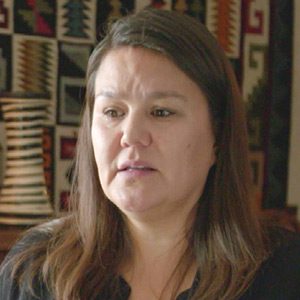 “When the disaster happened, communities all around responded like it was a death. People were crying and people were grieving because they knew that… having all of what was in that mine, all that pollution, rush down into the water, and to pollute the entire Fraser watershed.” 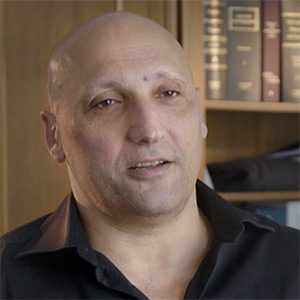 “It’s shaping up to be another example of how the general public is made to bear the costs of these activities whilst the executives appropriate the profits.”

At the site of the Mount Polley mine disaster, The Shadow of Gold interviewed Indigenous people who continue to pressure the British Columbia government and Imperial Metals for complete restoration of their lands and watershed. The fight and the fallout continues.

The Narwhal – News & Information on Mount Polley Mine Disaster thenarwhal.ca/topics/mount-polley-mine-disaster

Voices from the Ground: How the Global Mining Industry is Profiting from the COVID-19 Pandemic miningwatch.ca/publications/2020/6/2/voices-ground-how-global- mining-industry-profiting-covid-19-pandemic